Rafting the Main Salmon River held a prominent place on my bucket list for years. It turns out, I had it there for good reason. This past summer, my wife, Mary, and I finally made that trip and spent six sunny days surrounded by beautiful scenery, thrilling rapids, and learning the special customs of a unique and friendly tribe. 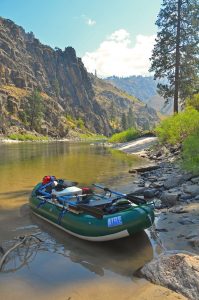 On this run, the clear waters of the Main Salmon River, plunge deep into Idaho’s 2.4 million acre River of No Return Wilderness, “the largest contiguous federally managed wilderness in the United States outside of Alaska.” This area contains parts of three mountain ranges, a 6,000-foot-deep canyon, almost no roads or stores, and far more wildlife than people, including bears, mountain lions, wolves, and rattlesnakes. The 80 miles of river we covered holds countless rapids, vast white sand beaches, and canyons lined with steep granite cliffs.

As to logistics, I was a bit flabbergasted when I learned it would cost $475 to have our truck shuttled to the takeout, 80 miles downriver. Then I mapped the driving route and found that because of the vast wilderness area, it was a nine hour, 409 mile drive, with many miles on exceptionally rugged and remote roads. I decided maybe the $475 was quite a bargain. 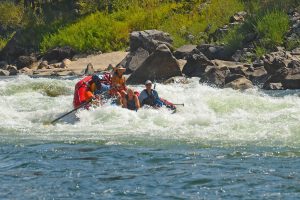 Way of Life on the River

With that background info out of the way, we can get onto the part about life on the river with a primitive tribe. I better clarify things a bit here, because the tribe wasn’t really that primitive. In fact, they looked a lot like normal people. They just had some interesting, primitive customs that we had to adapt to. Our group consisted of 15 people in seven rafts. Many of these were serious outdoors people that had rafted together for 25 or so years. Three of them had spent their careers working for the US Forest Service.  Their interesting customs included:

What Set this Trip Apart 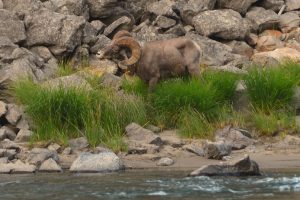 On a Lower Salmon River trip we took, Mary, our daughter, Heather, and I had only each other, and Mary and I do most of our wilderness trips alone. On our Main Salmon River trip, the tribe is what really stood out. We had been a bit apprehensive about joining a group of people we didn’t know, but they turned out to be a very nice and welcoming bunch of people, with some fun customs.

One of the retired rangers told me that they had been more than a bit apprehensive about letting a raft join their group, without actually knowing the skill level of the people that would be running the rapids. I absolutely understand that, because it could be life-threatening having unskilled people on a remote wilderness whitewater trip. He assured me that after the first set of rapids, the group knew we were perfectly competent to run the river. That was nice to hear.

As we fell into the rhythm of sunny days on the river, we became tanner and more relaxed, increasingly feeling like part of the tribe. We also grew in our river-running confidence and competence. Reading rapids on the fly, and sliding effortlessly past boulders became second nature.  I had initially thought that six days sounded like a long trip, but the days streamed by and were over before I knew it. On the way home, I started thinking about our next rafting destination. 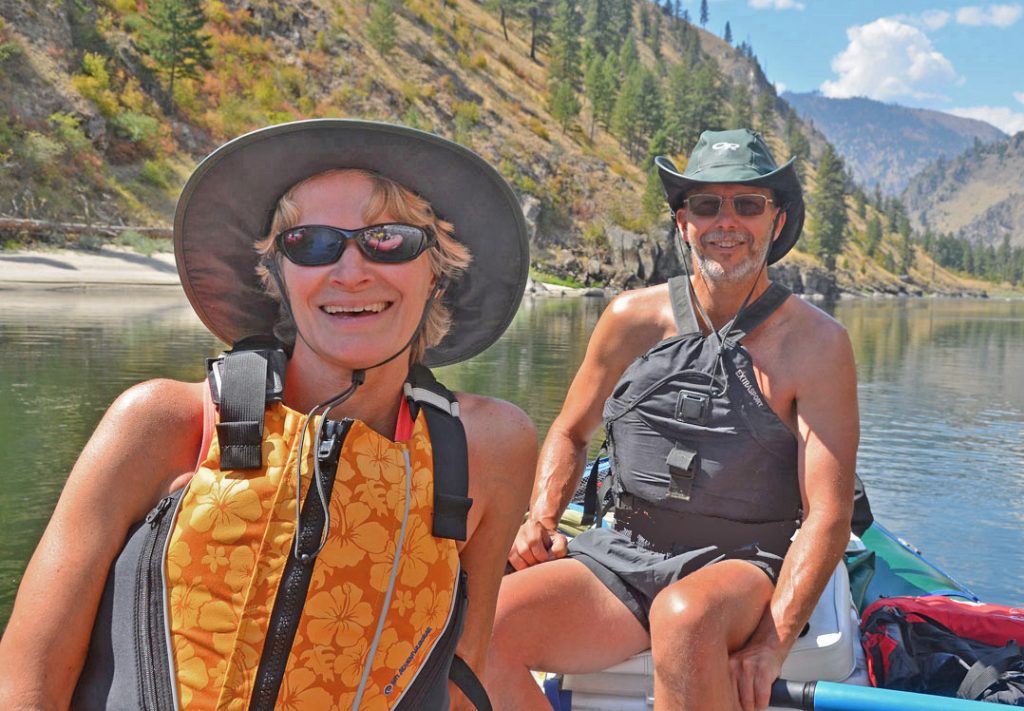 One thought on “Rafting the Main Salmon River”