Let Go of Fears Through Meditation

Maybe you’ve heard, 2012 will be a big year of change and growth for all of us. A lot of people are expecting a shift in consciousness as the planet, and the people on it, raise their energy vibration rate. I am now free of cancer and anxiety, ready for a fresh start. I’d like to share with you a meditation that helped me let go of some old fears. This meditation can help you let go of a variety of emotional blocks that might be holding you back. It can help you feel more confident, ready to face life’s challenges, and it can help raise your energy vibration rate too. 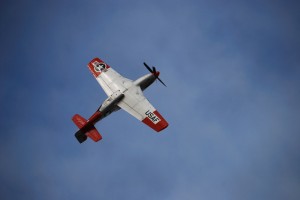 Last year (2011) held some difficult lessons for me. In April, I had a biopsy that turned up positive for prostate cancer. I was shocked! My health had been fine for years. After the shock, fear set in. Cancer is a scary word. My dad died of prostate cancer, and I pictured him the day he died, heavily sedated and moaning in pain. I did not want to die like that.

With surgery scheduled for the end of the summer, my wife and I worked on healing meditations to reduce the cancer. A family road trip to Minnesota served as another excuse to put off my prostatectomy. Shortly after returning from the trip, I checked in for surgery at the U of W Medical Center, on August 29th. The surgery went smoothly, and they only found one cc of cancer. It appeared contained within my prostate, and they took the whole prostate. The most frightening aspect of my experience seemed to be over.

For some reason, it wasn’t. I had gone into surgery unafraid, and I made it through surgery fine. A few days after surgery, they sent me home with a catheter bag and a long list of symptoms or problems to watch out for, including signs of infection. I came home from the hospital feeling weak and vulnerable, afraid that I’d tear something open. I especially worried that in my weakened state, I’d get an infection or pick up some other illness. Once the catheter was out, I found myself dealing with a bad case of incontinence.

The whole experience triggered an enormous amount of anxiety, something I don’t usually have. I don’t even remember what all of my fears were about. Some seemed to be from childhood, and some were related to past lives. For example, being strapped to the operating table triggered a past-life memory of an ancient torture chamber.

My prospects were always good. Stage II prostate cancer is very treatable, but having a disease brought up past-life memories of miserable deaths from one illness or another. Having this old stuff dredged up led to a lot of irrational fear and some long, miserable anxiety attacks. Having this stuff dredged up also gave me an opportunity to work on letting go of it. Releasing old fears, anxieties and other emotional blocks is a powerful way to clean out your energy system, raise your vibration and advance your spiritual growth. I believe this is one of the reasons I got cancer, so I’d have the opportunity to clear out old stuck energy. An even more important benefit I received was some very valuable spiritual lessons that I’ll cover in another blog.

To let go of the stuck energy, I used a very effective meditation technique that clears blocks from your aura and chakras. As author of Simple Meditation, I admit that you may find this meditation to be a little complex. It is well worth your time and could lead to significant spiritual growth.

Sitting in a comfortable chair will make this exercise easier, although you could even do this in bed.  Grounding and Running Your Energies is important. I highly recommend that you read up on those exercises. If you don’t have the time, at least be sure to ground yourself by visualizing a beam of light extending from the base of your spine to the center of the earth. This will act as your grounding cord and give you a place to release any blocks you’ll be letting go of.

Once you’re done running your energies, you should be in a calm, meditative state. If you only have a vague idea of what you want to release, you can simply hold the intention to bring up images of what needs releasing. For instance, you might think to yourself, I’d like to release the energy from old experiences that make me afraid to speak out in a group setting. You might see an image appear of a bully making fun of you during elementary school. As you hold that image in your mind, see it as a picture in front of you. Attach a grounding cord to it by visualizing a cord that extends from the bottom of the image down to the center of the earth, like the grounding cord you created for yourself. This cord will allow the energy from the picture to drain out, releasing the energy of this old memory. After you’ve drained the energy from a picture, you can even blow it up, to further release energy. Your intention (visualization) to do these things is all you need to create results on an energy level.

When you’re done with the first picture, work on finding another and another, draining the energy from each of these old memories. When you’re done grounding these old pictures, the next step is to bring some very high vibration energy into your chakras and aura, to burn out the remaining remnants of troublesome energy from these pictures. You can do this in a very similar fashion to the exercise I used to Target Cancer with High Vibration Energy. Visualize a beam of very high vibration energy coming down through the top of your head and targeting any old fears or other emotional baggage that you want to release. Let this high vibration energy burn up the lower vibration blocks, with the remnants running down your grounding cord. The first, second or third chakras are likely places for these energy blocks to be residing. Becoming familiar with the chakras is helpful.

When you feel that you’ve cleared out enough old emotional baggage or low vibration energy for the day, take a deep clearing breath and move onto more meditating or finish up and go on about your day. You might feel a bit out of sorts for a day or two, as your body continues to release old stuff.

During my recovery, I had plenty of fears and blocks to release, so I used these meditations quite a few times. They helped me get my life back on track quickly.

Although much of what I went through was an awful experience at the time, I’m grateful for what I’ve learned and for the growth I’ve experienced. I’m now back to being calm and confident, but I now have an even greater appreciation for life and am more compassionate and understanding toward others that may be going through their own difficulties. Releasing old fears or other emotional blocks is a wonderful way to start the New Year. This may be especially important this year, with potentially big changes coming in 2012.