Advanced Alien Species May Visit Us

Imagine aliens, with technology far more advanced than ours, coming to earth and introducing themselves. In the movies, this doesn’t seem to work out well. In “V,” “Independence Day,” “Battle: Los Angeles,” and countless others, they seem pretty intent on destroying us. Isn’t it possible that some of these aliens may be more spiritually advanced than us, along with being more technologically advanced, and have only good intentions. I guess that doesn’t make for as exciting a movie. 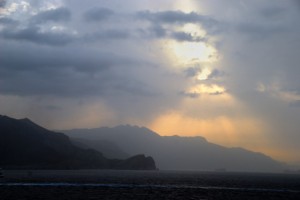 If these advanced beings were to share their technology and help us reshape our civilization, our lives would never be the same. There are a number of websites that say this is just what’s going to happen. The Golden Age of Gaia has links to many of them.

The History channel’s series, Ancient Aliens, consists of 42 episodes, full of evidence that aliens have helped many of earth’s prior civilizations. There are stories and writings of people from the stars. There is artwork that appears to be planes, spaceships, and space suits. There is also evidence of advanced ancient technology, an amazing understanding of astronomy, advanced mathematics, and there are ancient structures like the pyramids, that would be hard to replicate even with our current technology.

More recently, we have countless UFO sightings around the globe, crop circles, and a variety of people that claim they’ve been in communication with aliens. According to alienshift.com, there are many races of aliens that visit earth, some with better intentions than others.

Even if the information on the websites I’ve mentioned isn’t all accurate, a 2010 study by astronomers estimated that there are 300 sextillion stars out there (sextillion is a thousand trillion), with an awful lot of planets orbiting around them. It would be very self-centered to think that we’re the only intelligent life in the Universe. Instead of asking “are aliens coming?” I  think a better question is “when are aliens coming?”